With cannabis now legalized in Canada, many are beginning to consider its use for the first time. These prospective marijuana smokers will weigh cannabis use against alcohol consumption... but how do the two truly compare? Both are recreation drugs, and intoxicants. But cannabis had several key differences to alcohol, including its extensive use as a medicinal drug, something its counterpart cannot promote. 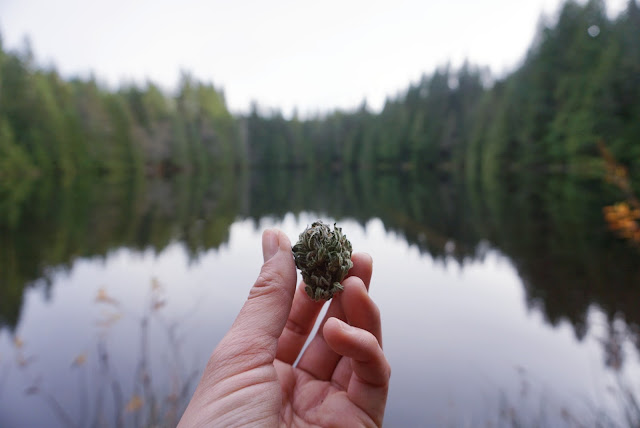 One of the most stark differences is in single use comparisons. Alcohol is toxic and overdoses can result in death.  In the USA roughly 80,000 deaths per year are linked directly to alcohol overdose, while 0 deaths have ever been documented for overdose on cannabis. Both drugs affect motor control and mental capacity, and both can cause illness when a dosage too large is taken; but Alcohol alone causes death by overdose.

Long time use of alcohol is linked to liver damage, high blood pressure and cardiovascular disease. Not only are none of these diseases linked to cannabis, smoking marijuana has medicinal effects that treat these disorders.  Similarly alcohol can damage the brain over long term use which causes epilepsy and damage to brain cells; while cannabis is used to treat epilepsy and has been shown to protect the brain and promote brain cell development.

Alcohol is linked to causing depression and anxiety. Although in some individuals, marijuana has been shown to cause paranoid thoughts, CBD and other cannabinoids actually lower anxiety and depression. Cannabis is prescribed as an anti-anxiety and anti-depressant to treat those suffering from these mental illnesses and relieve the conditions. Furthermore, alcohol can induce violence, rage and anger; in contrast, cannabis is known for its calming, relaxing high, that can help those with sleep issues.

This is just a short comparison of the 2 drugs (summarized in the chart below), but if you are interested in knowing more, or have any questions and/or comments, be sure to hit us up! Because we love weed... do you? 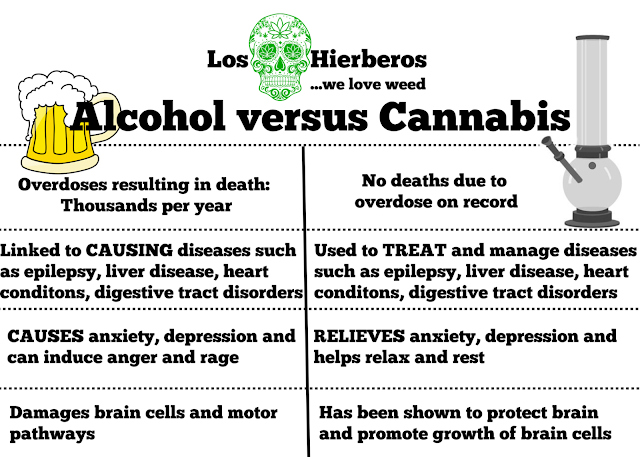