or Exit
Cart 0
Kief, keef or keif is formed from dried resin producing glands (called trichomes) on the leaves of cannabis plants. It looks like a fine brown powder when collected. Kief is also called crystal or pollen at times because of its appearance. Kief is one of the most sought after cannabis products because it contains a high concentration of THC, the drug that causes euphoric feelings or the notorious marijuana high. This is where it derives its name; the word `kif` is taken from the Arabic word `kayf`meaning well-being or pleasure.

Kief is collected with a few methods.  If you have grown and dried cannabis, then it can be collected by rubbing leaves over stainless steel mesh screens or by shaking the branches and holding something under the plant. Larger operations have a special machines designed for processing larger amounts of leaves where they tumble against a rotating silk drum and glands fall off to be collected.The most common way to collect small amount of kief is using a weed grinder with special bottom compartment for collecting it, called a kief catcher. The kief catcher is a useful part of every type of grinder as without it, kief is wasted. If marijuana is broken with hands, then all the kief will stick to fingers and it is lost. 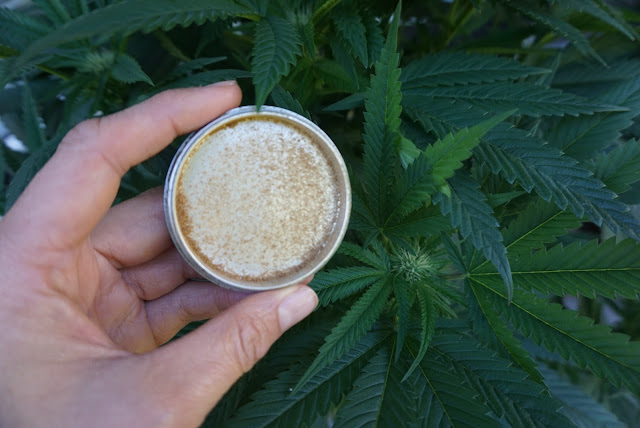 The to enjoy kief, it can be smoked straight in a joint or from a bowl, most commonly its sprinkled over ground cannabis as an enhancer.  Keif is very potent so only a small amount is needed to get high. It burns quickly, and cleanly and has a powerful punch.   Kief is also used for making hash, infusions and edibles.  A newer way to enjoy kief is by using a vaporizer.  A little kief added to the vaporizer compartment will take the experience to a whole new level.

Selecting a good, quality weed grinder is the easiest way to collect kief.  Read our blog about weed grinders here to learn more... because we love weed, do you?